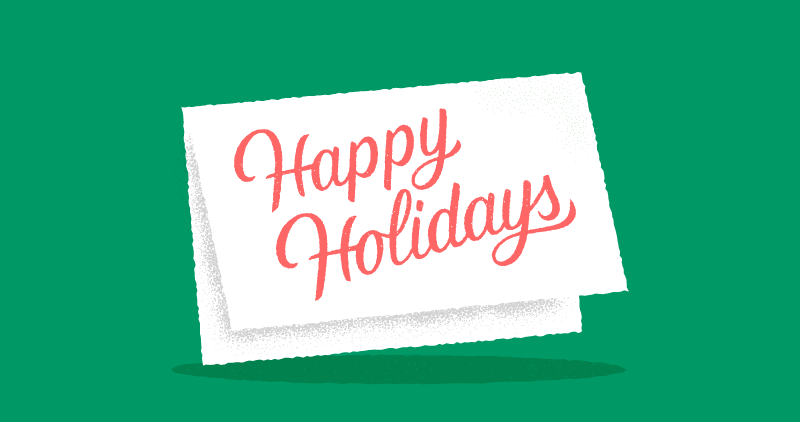 This holiday season, like most individuals, I have been bombarded with images of Jolly Old Saint Nicholas, Frosty the Snowman, and the like ginning at me from thick paper stock making their way to me in the mail. Christmas cards, no doubt, presumably from friends and family, near and far, wishing me the best as the new year looms over the horizon. Sitting back with a hot cup of cocoa and chestnuts roasting on the open fire I opened my macbook and thought about how I could, for sake of the holiday, make a parallel between the festive environment and referrals. Then it hit me, like a well-aimed snowball, as I reflected on one of the most powerful weapons of influence explored by Dr. Robert Cialdini – reciprocity.

It felt right to bring up a classic example Dr. Cialdini gives in his famous book that explored human behavior: Influence, The Psychology of Persuasion. This particular passage made quite an impression on me. As such, rather than attempting to paraphrase it, and inevitably watering it down, I will provide it here.

A few years ago, a university professor tried a little experiment. He sent Christmas cards to a sample of perfect strangers. Although he expected some reaction, the response he received was amazing–holiday cards addressed to him came pouring back from the people who had never met nor heard of him. The great majority of those who returned a card never inquired into the identity of the unknown professor. They received his holiday greeting card, click, and, whirr, they automatically sent one in return.

So what does this mean to businesses trying to gain more referrals? The more you give, the more you get. According to basic human psychology, this proves to be true, throughout history. Like Christmas cards, referrals will also make their way back to your doorstep. This is no secret, in fact, entire networks and organizations have been created that embrace this philosophy. One of which is BNI, an international network that connects businesses with the goal of exchanging referrals between industries. It isn’t necessary to join such a network, however, it just takes a proactive approach to make new friends in the community.

The first step is to consider businesses in parallel markets that would be a likely place to funnel your referrals. For example, dentists should reach out to orthodontists. Insurance agents should speak with realtors and car dealerships. Making friends with businesses that are connected to people that will foreseeably have a need for your product or service is the best place to start. Pick out the best, most reputable establishments, and start sending them referrals. As most businesses do, they will ask their qualified leads who referred them. You have just paid forward for a referral yourself.

Next, start making friends across nonparallel industries and continue to refer them business. You are essentially creating a network that will pay dividends. After all, people talk. Regardless of your product or service, the subject will come up when the need arises. So, continue to actively refer businesses (those you trust) and you will begin to see the boomerang curl back in your direction.

Remember, it isn’t just about making friends, it is about giving positive referrals yourself. That is the secret ingredient to the equation (like the rum in the eggnog). As the new year approaches, consider being a little more vocal yourself and you may be surprised at the response.

Take it from grandma: Send a card and watch your agency grow