Time to move away from incentive-based referral programs

So many businesses today are implementing referral strategies incorrectly. Unfortunately, for many companies, (yet fortunate for the rest) most are simply following the current trend of incentive based programs. Specifically are those that reward referrals by offering cash, gift cards, points, discounts, or even swag. Frankly, rewards for referrals that are closely tied to monetary incentives should be avoided. The reason is really quite simple – and for those of you that still want to pass out gifts, there is a more effective way of approaching it.

Would you refer a friend or family member to a business for a ten-dollar gift card? Probably not, but you would gladly take the card after the fact. After all, it is ten bucks. But from a business perspective are you gaining anything for paying for referrals? The truth is, people rarely refer for monetary incentives. It makes them feel cheap. More importantly, offering a reward for a referral is the quickest and surefire way of converting a relationship built on trust into one built on money.

Sociologists call this a shift from social to market norms. From ‘what can I do for you’ to ‘what can I give you’. Remember, one of the most powerful reasons people refer is to help their friends and family – not for ten bucks. As soon as a monetary reward for new business is introduced into the equation (being your relationship) your client will feel like you are after their friends and family for a fatter bottom line, not because you want to help them.

Then there is the common misconception: “it is just our way of saying thanks.” Even if the monetary reward is not advertised, yet given as a sincere symbol of appreciation, it poses the same problem. The gesture will become expected while saying ‘thank you’ in the wrong way. Rather than telling your client “thanks, we will be sure to take care of them” a monetary reward is saying, “thanks for the business, here’s a cut of the profit we will be taking”.

A better way to give gifts 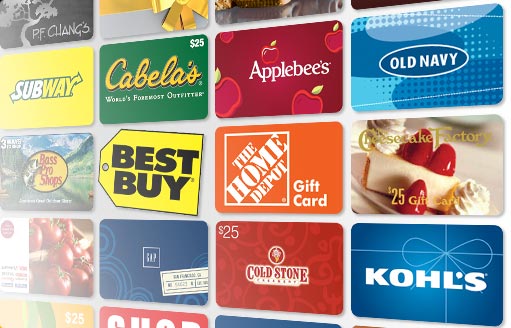 Now for the good news: you can still give away gifts in a way that will promote business positively. The first rule of thumb is to give as a way of saying thank you for being a loyal customer – rather than because of a referral. After you identify your best customers you can send them a gift with the goal of making them so happy they refer you to others. The gift is not given immediately after the purchase decision, so it will not appear like a rebate. In addition, because it merely thanking them for their continued business, it will be accepted wholeheartedly.

The gift should also be something that can be used together with clients and prospects. A Target gift card, for example, will likely prompt a smile and later be spent on toiletries. In contrast, a Starbucks card with a note asking to be shared with a friend is a great way to extend the generosity with to others. If you are going to spend ten dollars on a gift for a client, do so in a way that it will be shared with new potential customers. It will go much further in promoting your long-term referral strategy.

Take it from grandma: Send a card and watch your agency grow